COUNTRY, 10 OCTOBER 2013 – Fans of National Geographic Channel (NGC) worldwide are in for a treat as The World Heritage Special returns this October. As the third year of the collaborative partnership, 2013 sees the return of the Access 360° World Heritage series with nine brand new episodes following the renewed deal between NGC, an internationally respected and acclaimed factual entertainment channel, and Panasonic, one of the world’s leading electronics companies focusing on green technology and innovation.

In line with NGC and Panasonic’s shared commitment to inspire and educate viewers to care for the environment and support UNESCO’s work on the protection of world heritage and cultural diversity, the World Heritage Special will bring viewers on an enriching and informative journey across the globe to some of the most well-loved and famous UNESCO World Heritage locations. It aims to provide a holistic view of each landmark, including never-before-seen footage that highlights the great history behind each site, behind-the-scenes work, plus a focus on efforts to preserve the culturally-rich heritage at these places.

Access 360° World Heritage returns to the screens with 9 brand new episodes, which will air exclusively on NGC platforms worldwide. These are specially commissioned and produced by NGC for The World Heritage Special partnership with Panasonic. The first episode, Access 360° Angkor Wat, features the well-known ancient landmark in Cambodia, allowing viewers to discover the rich heritage behind the historic site, as well as to understand the conservation efforts that would ensure the survival of the famous temple for future generations.

The episodes under the new series of Access 360° World Heritage will feature the following destinations:

“We are proud to continue our partnership with National Geographic Channel for the third consecutive year as well as our support for UNESCO’s work on the protection of our cultural and natural heritage. Following the great reception we had for the Access 360° World Heritage series, we have worked together with National Geographic Channel to cover more of these wonderful cultural landmarks and places as we continue our efforts to educate and inspire those around us to care for our environment and preserve our heritage,” said Mr Senju Kobayashi, General Manager of the Corporate Advertising Office, Brand Communication Division, Panasonic Corporation.
Mr Simeon Dawes, Senior Vice President of Advertising Sales & Partnerships at FOX One Stop Media adds, “It is our great privilege to be able to work with Panasonic once again for The World Heritage Special. The Access 360° World Heritage series has always aimed to provide an enriching learning journey for our viewers on some of the most spectacular places on earth. Both National Geographic Channel and Panasonic firmly believe that through this programme, we can help to spread the message of sustainable development and the need for us to appreciate and conserve the rich heritage which we have inherited and hope to pass on to our children.” 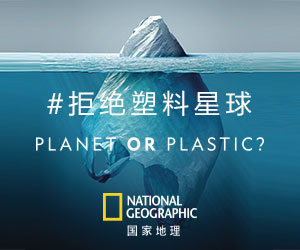